Books in the Tardis

I'm a fangirl who live in a book universe. Follow me on goodreads, buckybxrnes ! 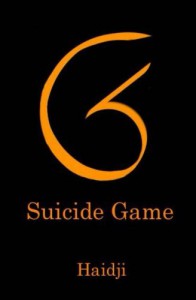 Suicide Game is a book about, well, literally a game about suicide. The concept similar to the Hunger Games, a show broadcasted on televison where the participants jump off a platform without knowing if they will survive. There is only one 'winner'. The story follows some of the participants of the game as well as some employees.

What I found very interesting about this book is that the people who were part of the games were volunteers, and they knew very well that they had almost no chance to survive when they decided to participate. Throughout the story we learn why they made this choice and understand them a little better, although there's still some of them which I felt no sympathy for. The context of these 'games' and how they got created was also unclear, but overall I liked the general idea of the book. It shows a portrait of a very sadistic society, in which people appears to become distant towards each other. The public do not see the participants as indiviual or even human beings anymore, but more as robots. As the title says, they see this whole thing as a 'game' of fate, or destiny, which it is most definitely not. Fortunatly, as the story evolves and toward the end of the book, we see that most people start to change their mind and feel sadness towards the people risking their lives, as well as the hostess who's view of them is very different from the beginning. The scariest thing about this is that when you think long enough about it, if this game was real, there would probably be desperate people willing to jump and even some who woult agree to it.

In general, I think the book was great, especially thanks to the facts that it adresses many issues of today's world through a dystopian universe. Despite, in my opinion, the lack of dialogue and sometimes character development, I'm grateful that I got to read this book and would defenitly recommend it! Sooo great. I don't want it to end.

The beginning is also the end. 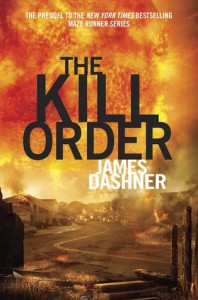 That book was pretty good, but the end was awesome! It really suprised me, but I was so sad about what happened to the characters at the end... I'm talking about Alec, Mark and Trina, I cried so much when I read the last line even if the way they died was perfect. Just because we knew that had the flare, so they must die, I think the author let them behind a pretty beautiful (and sad) way. Another thing I liked is that before reading that book, the truth is that I hated Teresa. But after I read the story, it makes me understand so much things, and she wasn't so bad, at the end. Well, I loved it at all, but the only thing I was really sad about is that they didn't talk much about Newt, Minho and the other. I thought we would see them kids, before the maze, and we would understood their story when they met Thomas. It would've been so great! And what about W.I.C.K.E.D. I'm still not sure what to think about them. But because of Newt's dead (I'm still very, VERY sad about it), I hate them. So if you've read the Maze Runner books (1,2,3) you must read The Kill Order! Just started reading this book, after the maze runner..! Seems good, but I'm just starting, I'll probably finish it in like, a week. But well, I'm happy that the maze runner series is not end yet for me. I just started this book and I couldn't be more excited about the end. It's the third book of The Maze Runner, and I can't stop my reading! I read the first and the second book in almost a few days, and all I can say is that those books are truly amazing, and I like them even more than The Hunger Games books. Every page is exciting and there's always a lot of action. All the three books are amazing, and what could I say about the characters. They are just so awesome that you couldn't hate them even if they do bad things. Also, this book mad me cry a lot, when some characters I really love die. Well, I think this book represent real life, in other circumstances that could become real in the future, so of course it's a book of fiction but it can make people think a lot about what happen today in the world.

The Children of Hurin Even if this is a very good book, I was not sure to like it because it was different than the Hobbit. I mean that the story explain a entire life, so it's not only an short adventure. It's a lot of things that happen in only one book, so we only read the most important events. It's a bit complicated to understand, and there's a lot of characters. So I decided to read it because I love J.R.R. Tolkien's books. At the beginning, I admit that I thought I would not like it, but at the end, this is a pretty good book, that told, by events, the life of a men and give also some information about the world of Tolkien and Lord of The Rings, which is pretty cool to understand more the other books. I would recommend this book to people who are very interested by Middle earth.

This book is just amazing, can't wait to read the third.